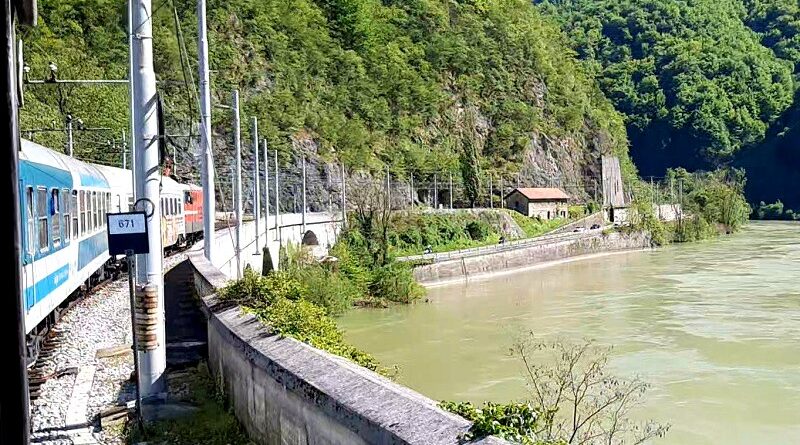 In this trip report, we will find out how easy it is to travel across Europe by train with an Interrail pass at the height of the corona pandemic.

Having done a grand tour of Egypt in the winter, I fancied going somewhere in springtime as well. However, with corona infection rates surging in some European countries and there still being lots of travel restrictions, things were complicated.

At the same time, I saw these entry and travel restrictions as a fun challenge. I love puzzling together travel itineraries and consider myself an expert on it. Surely I would be able to puzzle together a fun trip?

Given that I had an Interrail pass available giving me free train travel across Europe, I wanted to check in person whether it was still possible to make a multi-country tour by train.

How much would the theoretical situation while planning the trip differ from the real-life situation when crossing borders and visiting as many countries as possible?

Would it still be feasible to go on a multi-country Interrail trip in the age of corona when there are so many different rules and restrictions to take into account?

Despite being vaccinated, there were only few European countries in early spring which allowed entry without PCR test requirements or worse (quarantine).

Croatia was one of the few countries to unconditionally allow vaccinated tourists into the country and thus made for an obvious destination. After all, what’s not to like about sea, sun and good food?

The question now was: How to reach Croatia? Sure, I could have flown there with an easy change of flights at an European airline hub, it being by far the most convenient option of all, but what’s fun about that?

My idea at this point was simple. I tried to find a starting point as far as possible from Croatia as I wanted to travel through as many countries as I could cram in to try to find out the new reality of travelling across Europe by train during the corona pandemic.

Sweden sounded like a natural starting point to me. Although the country required a PCR test to enter last spring, it had no other restrictions whatsoever and I was certainly willing to do a single test before embarking on this journey.

Could I plan a journey from Stockholm all the way south to Split by train?

I quickly realised the Herculean task ahead when I started planning as the combination of entry restrictions and thinned out schedules wasn’t playing in my favour.

As Denmark did not allow entry, I had to take the ferry from southern Sweden to Germany. Although Germany allowed you to transit the country without testing or quarantine requirements, overnight stays (for non-essential reasons) were still banned.

Ferry and train schedules did not work out here at all, so I had to look for alternatives. There are ferries as well from Sweden to Poland, but there were similar issues there with Poland also banning non-essential overnight stays.

Sure, I could make it from Poland to Slovakia or Czech Republic in a day by train, but those countries had even more stringent entry requirements at the time.

As international night train services to/from Poland had still not resumed, there was no way how I could transit across Poland (or Czech Republic and Slovakia) without staying overnight.

Not wanting to break any laws, I thus had to search for another starting point and route.

Switzerland had entry laws similar to Germany in spring. If you would travel in and out of Switzerland on the same day on transit, home isolation or quarantine requirements didn’t apply.

Given that Switzerland is a lot smaller in size than Germany or Poland, it made planning an onward route out of the country a lot easier.

I could simply fly from my home town of Bucharest to Zurich, spend a nice afternoon in the city, and take the train to Austria on the same day.

Even though Austria did not allow overnight hotel stays as well without additional isolation and testing requirements, there was an easy way out here.

Just like Switzerland, Austria did allow you to transit through the country without requirements as long as you take the fastest and most direct route as possible, and I found an ideal train connection which ticked off both demands.

From Zurich, I would take the Railjet train to Feldkirch, the first city across the border in Austria. There I would connect to the Nightjet train to Graz, travelling a private sleeper compartment. From Graz, it would be another change of trains to travel the last few miles to the Austrian border with Slovenia.

Thanks to the Nightjet train connection between Feldkirch and Graz, I could even sleep comfortably in a proper bed while travelling through Austria – something which I legally could not do in a normal hotel!

With Austria ticked off on paper, the rest was rather easy to plan. Just like Austria and Switzerland, Slovenia did not allow overnight stays, but was fine with transits of up to 12 hours in duration which was plenty of time to make it across the country and reach the border with Croatia.

After spending some time in Croatia, I would then return to Bucharest by train, first taking the Zagreb to Vienna train and connecting in the Austrian capital to the Dacia night train bound for Bucharest.

This would again involve transits through Slovenia and Austria, of which I knew by now that both would be fine in theory. However, the Vienna to Bucharest train transits through Hungary, and although the official Hungarian website noted that transit by car was fine, there was not a single mention about doing the same by train.

Not wanting to risk breaking any official rules, I sent an e-mail to the Hungarian border police. Within hours, I got an official reply back that transiting the country by train is fine as well as long as I would be out of Hungary again within 24 hours after my entry.

With that bit of information, my itinerary was set and I started to book all necessary flights and trains for my “Interrail corona trip” across Europe.

The cheapest way to get to Zurich was a LOT Polish Airlines flight with an overnight stay in Warsaw. Although I feared that I would have to sleep at the airport due to the temporary government ban on non-essential hotel stays, I found one hotel willing to make an exemption for a layover between flights.

In Croatia, I also booked a fun flight which has long been on my radar as an AvGeek: The Trade Air PSO route on the Let L-410 Turbolet, flying from Zagreb to Split via Osijek and Pula.

I’ll leave the information on the costs of all trains and how to book them (both when having an Interrail pass as well as buying a normal full price point-to-point ticket) in the individual chapters of this trip report.

In total, I would take 10 trains on this Interrail trip across Europe, travelling through 8 countries in total (Poland, Switzerland, Liechtenstein, Austria, Slovenia, Croatia, Hungary and Romania).

Even though planning the trip was quite difficult taking into account all the entry restrictions and regulations, in practice it was a breeze to cross most borders – with the exception of one single country..! That of course, you have to read in the individual chapters as well.

Highlights to look forward to in this ‘Across Europe by Train: Interrail in the Age of Corona’ trip report include:

– A visit to three big European cities, one locked down (Warsaw) and two abuzz with activity (Zurich and Zagreb)
– Train travel on scenic railways such as the Semmering in Austria and the Split to Zagreb line
– Flying over the stunning Dalmatian coastline on a Let L-410 Turbolet
– Sea, sun and great food in the charming historical cities of Split and Trogir
– Travel on two night trains: The modern Nightjet and the old-fashioned Dacia sleeper train

This ‘Across Europe by Train: Interrail in the Age of Corona’ trip report consists of the following chapters: 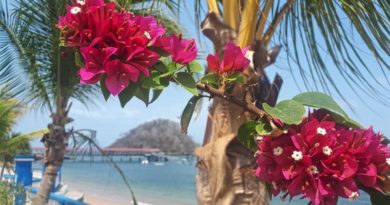 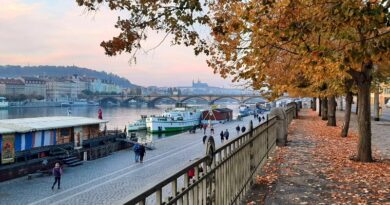 Trains, Planes, Beer and Tapas: A Trip to Prague and Madrid 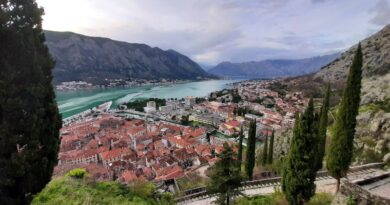 An Adriatic Adventure: Off-Season Travel to Dubrovnik, Montenegro and a Bit of Bavaria

Train Travel in the UK: A Foreigner’s Perspective