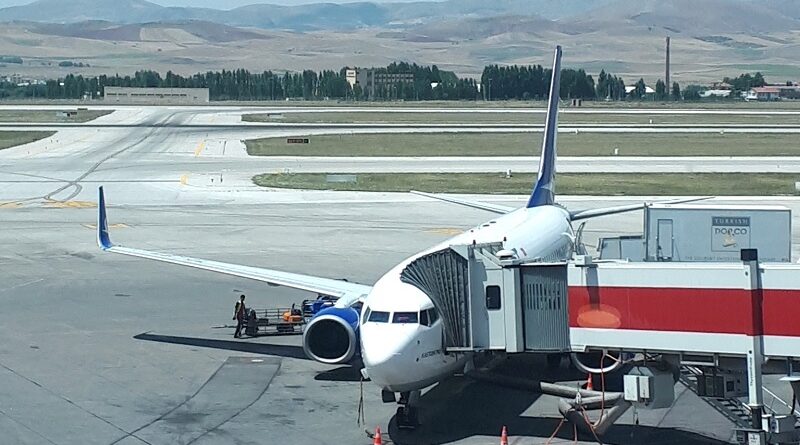 In this review we take a flight from Ankara (ESB) to Izmir (ADB) on a Boeing 737-800 operated by AnadoluJet, a Turkish Airlines subsidiary.

Towards the Aegean coast

After a fantastic train ride on the Dogu Express I found myself at Ankara’s central station.

Unfortunately, I didn’t had much time for sightseeing in Ankara due to the delayed arrival of my train.

I initially planned to have a walk and grab a coffee around Ankara’s citadel (Hisar), an area full of old-style Ottoman houses which I visited once before in the midst of winter more than a decade ago.

However, when I looked at the clock I decided to take a taxi straight to the airport as I’d rather spend some time taking it easy there than hurrying through Ankara on a hot summer day.

It’s a 28-kilometre drive from the central train station to Ankara Esenboga Airport, the modern airport which serves the Turkish capital.

There was only a short queue for check-in and I managed to snag an emergency exit seat for my AnadoluJet flight.

My impressions of Ankara Esenboga Airport were certainly good as the airport looked bright, clean and neat thanks to all the natural light shining through the glass windows and lots of open spaces.

The domestic terminal – which is much larger than the international one – is centred around a large water feature.

Along the entire length of the gate area you will see a few ponds as well a level down – I quite like the design of it!

My flight from Ankara to Izmir would be operated by AnadoluJet, which is a sort of low-cost subsidiary of Turkish Airlines.

AnadoluJet mostly operates domestic flights within Turkey and to neighbouring countries in the wider region, although the airline also flies to destinations as far as Germany.

Most of AnadoluJet’s flights are operated out of Ankara and Istanbul’s secondary airport Sabiha Gökçen (SAW), while Turkish Airlines flights use the city’s main international airport (IST).

For many years, the biggest difference between Turkish Airlines and AnadoluJet flights had to do with frequent flyer benefits and elite recognition.

One of the main reasons why AnadoluJet was considered to be ‘low-cost’ was the fact that you couldn’t access a Turkish Airlines business lounge before your AnadoluJet flight – something which wasn’t even possible for a Turkish Airlines Miles&Smiles Elite member, let alone frequent flyers of other Star Alliance airlines.

Fortunately, the airline has since reversed course and you can now access Turkish Airline and Star Alliance lounges again when flying AnadoluJet.

As this wasn’t implemented yet when I took my AnadoluJet flight, I had to sit somewhere in the terminal of Ankara Airport, which wasn’t too bad as there are quite a few decent places to grab some food or a drink.

When I approached the departure gate a huge queue had already formed even though there was still no gate agent in sight to start the boarding procedure.

It turned out that boarding of my flight was delayed by 20 minutes as the aircraft which would take me down to Izmir had not yet arrived at the gate.

After a while, both the AnadoluJet Boeing 737-800 and a gate agent showed up and boarding commenced in a chaotic manner with no regard for priority boarding privileges.

Today’s flight to Izmir was absolutely packed and we racked up another 30 minute delay as boarding took forever.

I was seated in 14F, an emergency exit row seat on the starboard side of the plane, and therefore had quite some legroom.

AnadoluJet is an all-economy class airline and as you may expect has rather standard seats in a 3-3 (three abreast) configuration.

If you fly with AnadoluJet in economy class, you won’t really find much of a difference in terms of seat pitch and comfort compared to a flight on a narrow-body Turkish Airlines plane.

For a short domestic flight within Turkey, it was certainly more than acceptable.

However, do note that the AnadoluJet Boeing 737-800 was not configured with power sockets or USB charging ports and that there won’t be any WiFi internet on board either.

With a small delay, we were finally pushed back from the boarding gate.

It was a gorgeous summer day for flying and the views over the bleak landscape upon departure from Ankara were quite decent.

When it comes to in-flight service, there is hardly any difference between AnadoluJet and a mainline Turkish Airline flight.

Just like you get on Turkish Airlines, you will also receive a complimentary snack and some water on your AnadoluJet flight.

The sandwich which was served on my flight to Izmir was actually edible and fairly tasty.

No alcohol is served on domestic flights in Turkey – whether you fly AnadoluJet or Turkish Airlines proper.

The flight from Ankara to Izmir was rather uneventful and went by fast.

Upon final approach to Izmir Adnan Menderes Airport I however spotted something unusual from the window.

At first instance, it looked like the skies were a bit hazy from smog as visibility decreased as we got closer to Izmir.

However, it turned out there was a large fire somewhere close to Izmir Airport – and the plume of smoke coming from it certainly made for quite a spectacular sight.

Fortunately we landed safely at Izmir Airport, although by now we had racked up a delay of almost an hour.

After a short taxi ride along the international terminal we arrived at our gate at the much busier domestic terminal of Izmir Adnan Menderes Airport.

As I was carrying some Georgian wine, I had to check my trolley bag into the hold for the flight to Izmir.

Fortunately, baggage reclaim at Izmir Airport was operating fast this day as my bag arrived within 5 minutes.

As I still had a public transport card for the greater Izmir area with enough credit on it, I could walk straight to the airport’s suburban railway station for the relatively short ride into the city centre.

Despite the small delay I had a pleasant and comfortable AnadoluJet flight from Ankara to Izmir.

Seating comfort on AnadoluJet is comparable to any other airline in Turkey or Europe.

Besides, you can’t really complain about the AnadoluJet service as you even get a free snack and some water on a flight of just over an hour in length.

For the average passenger, the differences between Turkish Airlines and its AnadoluJet subsidiary are rather small in terms of comfort and service provided.

The biggest difference can be found in price, as AnadoluJet flights are often cheaper priced than Turkish Airlines-operated domestic flights.

This article is part of the ‘Khachapuri & Kebabs: A Summer Trip to Georgia and Turkey‘ trip report, which consists of the following chapters: 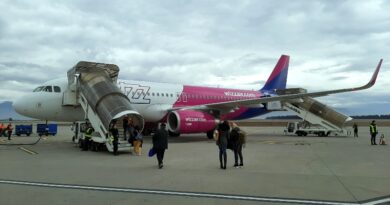 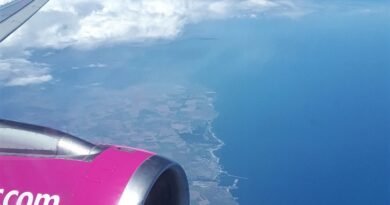 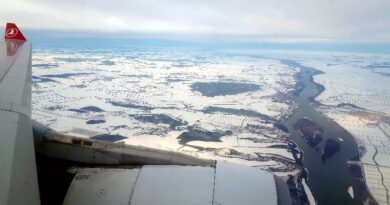 Even though travel is not always easy when you have cats at home and thus need to arrange a cat sitter while you are away, I couldn’t live without them…

New Greece to Cyprus Ferry to Start on 19th June

Fly in business class from Amsterdam to Dubai with Saudia for just €418 return with this excellent flight deal! With wide open dates, this is a great deal for anyone who wants to fly to Dubai in comfort…