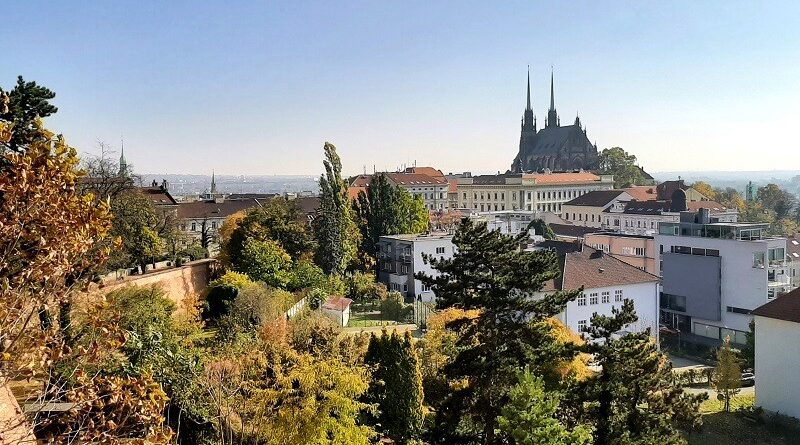 In this guide we take a walk through the historic old town centre of Brno and visit the city’s main sights.

A short stop in Brno

After a great ride on the Hungaria EuroCity train from Budapest I had arrived in Brno, the second largest city in the Czech Republic and the unofficial capital of the historical region of Moravia.

As I had to be in Prague in the evening I could of course have stayed on board as the train would continue in that direction.

However, I had purposely decided to book two separate tickets: One from Budapest to Brno, and one from Brno to Prague on another train departing two hours later.

This would allow me to have a quick look around the old town of Brno, a city I had never visited before.

Although two hours would certainly not do justice to a historic city the size of Brno, it would at the very least give me a decent first impression and make for a nice walk to stretch my legs on the long journey from Budapest to Prague.

When you approach Brno from the south by train you can see the city’s cathedral towering high above the buildings along the railway line.

It reminded me a bit of Cologne, as the cathedral in that city is located right next to the station and railway tracks as well.

Obviously, the cathedral was therefore my first destination on my little walk through the old town centre of Brno.

Once you exit Brno’s central train station you will already find yourself in the heart of the old town, so all the main city centre sights such as the cathedral are within an easy five to ten-minute walk.

On my walk up the hill to the cathedral I first came across one of Brno’s main squares called Zelný Trh, which simply means Cabbage Market or Vegetable Market in English.

Indeed, a small fruits and vegetables market was held on this lovely square when I passed by.

Several important buildings can be found along this historic square such as the 17th century Dietrichstein Palace, which now houses the Moravian Museum.

Other important landmarks on Zelný Trh are the baroque Parnas Fountains right in the middle of the square, Reduta Theatre and Hotel Grandezza with its imposing façade.

Located on Petrov Hill, the Cathedral of St. Peter and Paul dominates the Brno skyline.

This 14th century cathedral is an interesting mix between the Gothic architecture of its exterior and the fine Baroque interior.

The twin towers built in Gothic Revival style were only added between 1901 and 1909.

Right below the cathedral you can find the pleasant Denis Gardens (Denisovy Sady).

The Denis Gardens are named after the French historian and Slavicist Ernest Denis (1849-1921) as he made a huge contribution to the foundation of Czechoslovakia in 1918.

In this public park you can find a colonnade and an obelisk commemorating the Napoleonic Wars.

Perhaps best of all are the views from the park towards the south over the Brno suburbs.

Together with the cathedral, Spilberk Castle (called Hrad Špilberk in Czech) is arguably Brno’s most famous sight.

Just like the cathedral, Spilberk Castle is located on the top of a hill overlooking the entire city of Brno, so if you are after some fine views this is the place to go.

Indeed, on this lovely autumn day the hike up to the castle was absolutely amazing.

The autumn foliage on the hill and the views back towards the cathedral and the old town of Brno were simply stunning.

Spilberk Castle was completed in the 13th century under the rule of King Ottokar II and primarily used as a royal residence.

Under Habsburg rule, Spilberk Castle was however turned into an impressive citadel and most of the fortifications you see stem from this era.

The castle even had the reputation of being one of the toughest prisons in the Austrian Empire.

As I only had limited time in Brno, I unfortunately only managed to have a quick peek at some of the outer walls and fortifications.

The views on the walk down from the castle were just as splendid as they were during the climb up.

I just absolutely love sunny autumn days like these as you really can’t beat all the wonderful colours around you.

Back in the old town of Brno I still had some time remaining for a walk through the city centre before I had to catch my onward train.

With its many pedestrianised streets, Brno’s old town centre is a pleasant place to explore.

On this sunny day, there were quite some people out on the streets heading to one of the many shops, cafés or restaurants in this part of town.

The heart of the city centre of Brno is Náměstí Svobody (Liberty Square).

Some of the finest architectural gems of Brno can be found around this historic square, with the lovely Neo-Renaissance façade of Dům Pánů z Lipé (House of the Lords of Lipa) perhaps being the most beautiful.

Another interesting building on Liberty Square is Dům U Čtyř Mamlasů (House of the Four Giants).

This turn-of-the-century town house is named after the four statues of mythological Titans who carry the weight of the decorative pillars just like the giant Atlas was forced to hold the Earth on his shoulders.

Back to the station

Before I even realised it my limited time in Brno had come to an end and I had to hurry back to the railway station.

On the way back I came across a couple of other Brno landmarks such as the Stará Radnice (Old Town Hall) with its impressive tower and the St. Mary Magdalene Church.

Unfortunately, all the hurrying turned out to be unnecessary as my train to Prague posted a 20-minute delay.

Brno, the second-largest city in the Czech Republic, is a beautiful place with some lovely architecture and interesting sights to visit.

The historic centre of Brno is extremely walkable, with all major sights being a short distance away from the centrally located railway station.

Although the two hours I spent walking across the old town certainly didn’t do Brno any justice, it did leave a great impression and a longing to return one day to explore the city in earnest.

This ‘Trains, Planes, Beer and Tapas: A Trip to Prague and Madrid’ trip report consists of the following chapters: 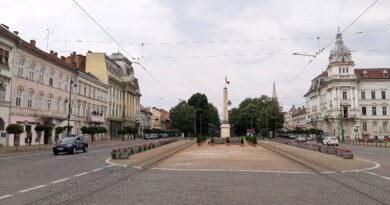 Arad, Romania: An Architectural Delight Feeling Like a Little Budapest 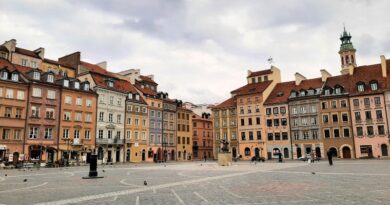 Walking Through an Empty Warsaw in Corona Lockdown

Train Travel in the UK: A Foreigner’s Perspective

I just returned from a two-week overland trip from Romania to Scotland and back again by train. Although British people love to complain about the state of their railways, my impressions about train travel in the UK were mostly positive…

Fly in business class from Amsterdam to Dubai with Saudia for just €418 return with this excellent flight deal! With wide open dates, this is a great deal for anyone who wants to fly to Dubai in comfort…